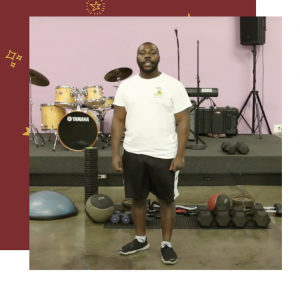 Robert has been a member of Mychal’s after school program since 2014. Most people would describe Robert as an enthusiastic, fun, and caring person who enjoys being around other students and staff. He has always been extremely involved in all activities at Mychal’s. Robert says “my favorite thing about Mychal’s is hanging out with friends, working out with students and adults, and playing games during free time.”

Robert performed in The Jungle Book, High School Musical, Aladdin, The Lion King, Annie, and Grease. He is musically gifted and fluently plays the piano and guitar. He also takes part in sports at Mychal’s; he loves basketball, softball, flag football, and bowling. Not only is Robert an active student at Mychal’s, but he takes the time to give back and volunteer at events that help raise money in order for the organization to run. Throughout COVID, Robert has kept busy by engaging in our zoom programs and filming Mychal’s Bootcamp. Check out his videos on our Youtube page!

Reaching for The Stars

Attributable to the after school program, Robert has become interested in new things that help him grow. He enjoys cooking class where he follows recipes that can be implemented in his daily life. Robert has also gained an interest in learning about finances. With a better understanding of using credit cards, saving, and budgeting, he feels comfortable managing his own money. Although Robert is aging out of the after school program, he is employed!

Through Robert’s school program, he had the opportunity to work for Mattel before COVID and hopes to return there one day. However, he recently found a new opportunity at Cargill. Robert currently works in the meat preparation and packing warehouse that has allowed him to gain experience using machinery to package boxes. Robert looks forward to using what he has learned at Mychal’s to increase his independence and continue excelling at his job!

Robert got his drivers license last June; he loves cars and has his heart set on owning a Mustang. Although Robert has been saving for years, his recent employment opportunities will allow him to achieve this goal even faster! Robert says “Mychal’s has taught me about life situations, choices, and surviving in the real world.” We could not be happier that the skills Robert has learned in our after school program allows him to be successfully employed and on his way to achieving all of his dreams. 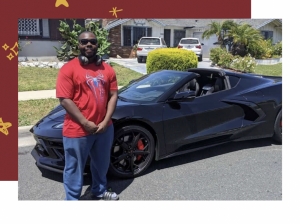 Robert’s a dedicated student who appreciates his experiences at Mychal’s as they have allowed him to grow more independent. Donate today and help more students gain these opportunities to pursue productive lives.