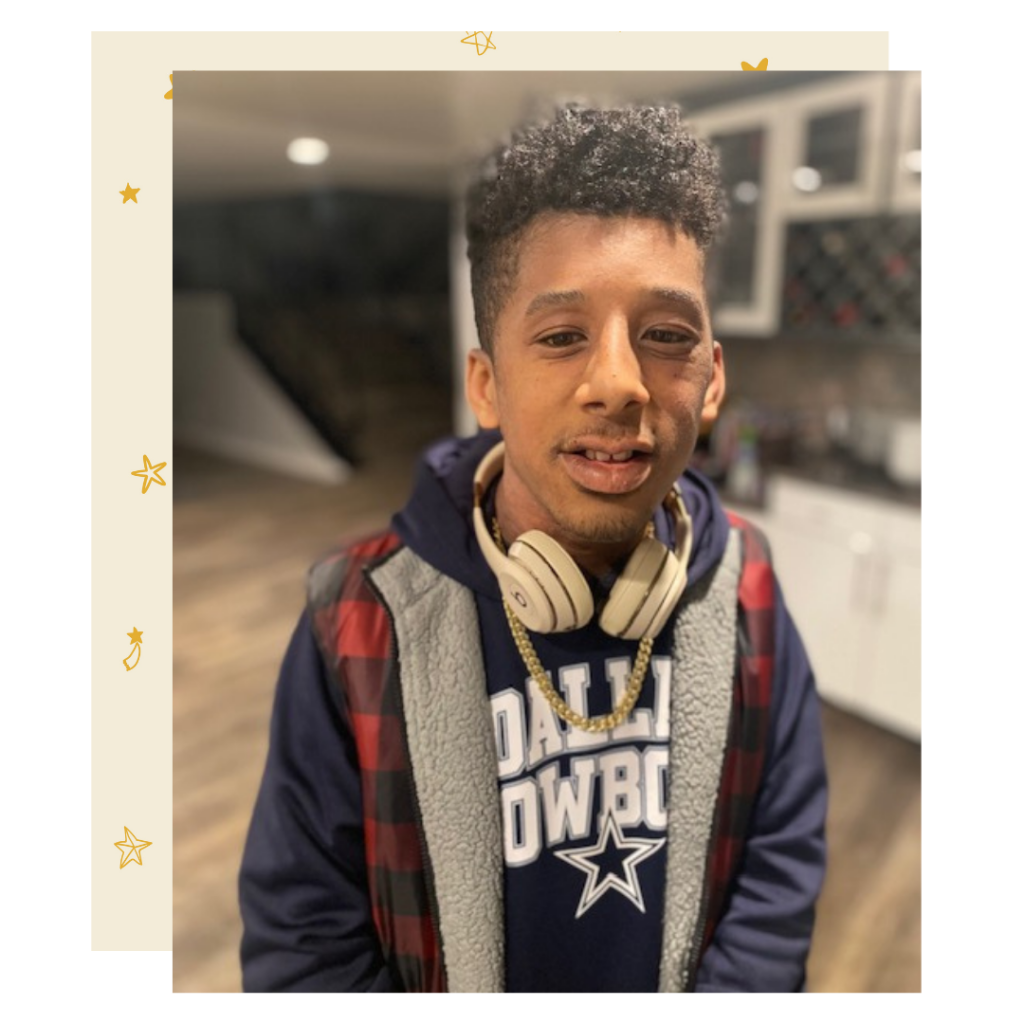 Monte is a kind soul with a big heart. He can be described as a  quiet observer who feels deeply about things and people. He refers to himself as “DJ Monte” because he has a great passion for good music of all genres.  You can usually find him with his headphones on listening to “old school” R&B music, but he also likes classic rock, rap, and pop.  Monte makes his own music playlists and likes to host party mixes when his family has people come over! Monte also loves football and shares a fanship with his Dad for the Dallas Cowboys.  He usually wears Cowboys gear on the weekends and gets excited for Sunday football games.  Monte has been dedicated to  practicing Kung Fu for almost 8 years and loves to work his moves on his little sister, Cree.  He says that King Fu gives him confidence and patience. Monte is known for his great hugs and warm laugh….and his sarcasm too! 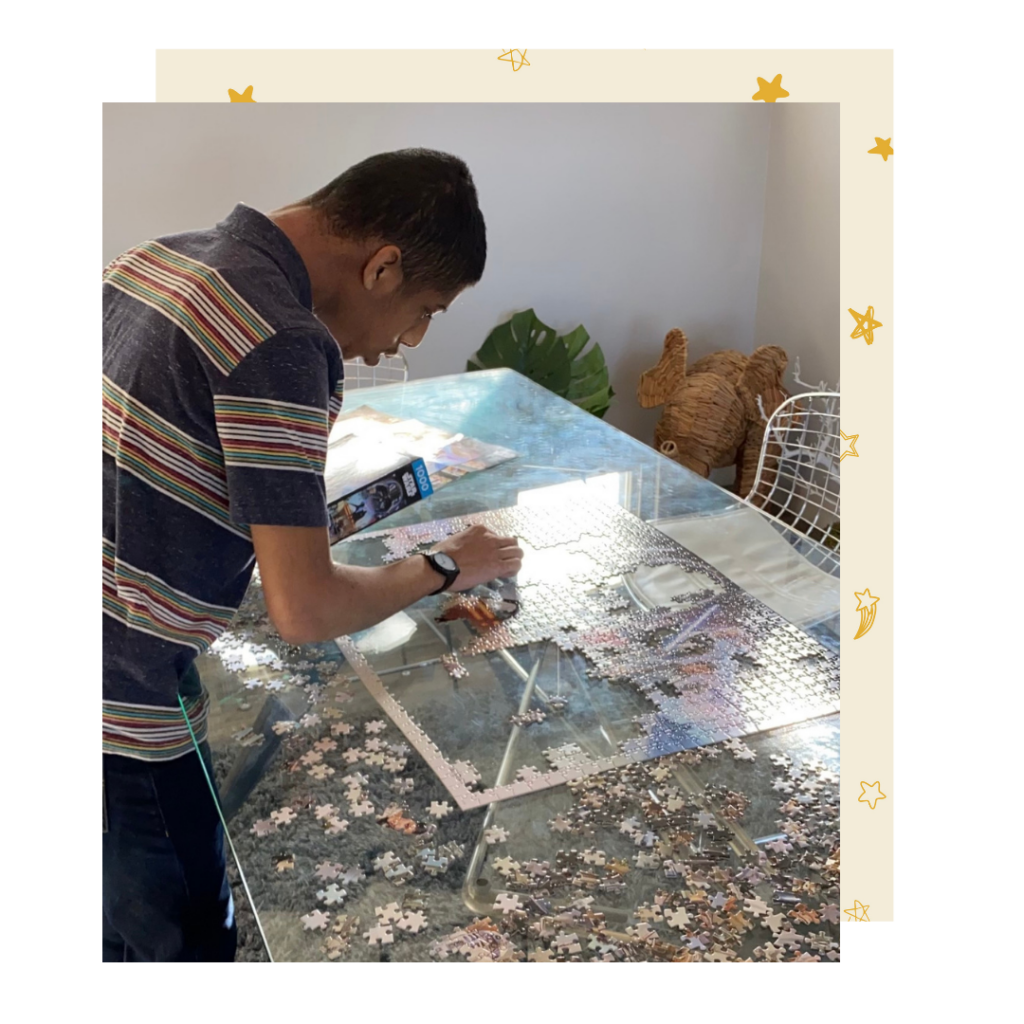 Monte joined  Mychal’s 4 years ago when he was just a freshmen in high school. At the time, Monte had just started a new school in Culver City and needed a place to go where he could receive help with homework and activities until his parents could pick him up after work.  The Culver City After School Program was a great choice since it was just down the street from his school and the program offered everything he needed.  But, what he got was so much more than just any after school program, he found a family!

Monte started in the program as a very shy and reserved student. He would only talk to a few people and even then it was mostly mumbling.  Now he enjoys being around people and is interested in trying new things.  Before COVID, Monte was particularly excited for the days they would cook and try new recipes.  Monte would come home and offer to cook dinner for the family.  He even started helping his Mom with shopping for food at the grocery store. Monte’s mom, Jade, explains “we have been so grateful to Mychal’s for always showing Monte such love, kindness, and patience. They are always inquiring about his interests and catering to his needs. He still talks about the time the martial arts teacher came to Mychal’s to teach a class. He loved it!” Over the years, Monte has made many friends and enjoys going to Mychal’s program every day.  He is much more independent and shows far more confidence.  He is a more light-hearted and jovial with peers and thinks of Mychal’s as his “happy place.” 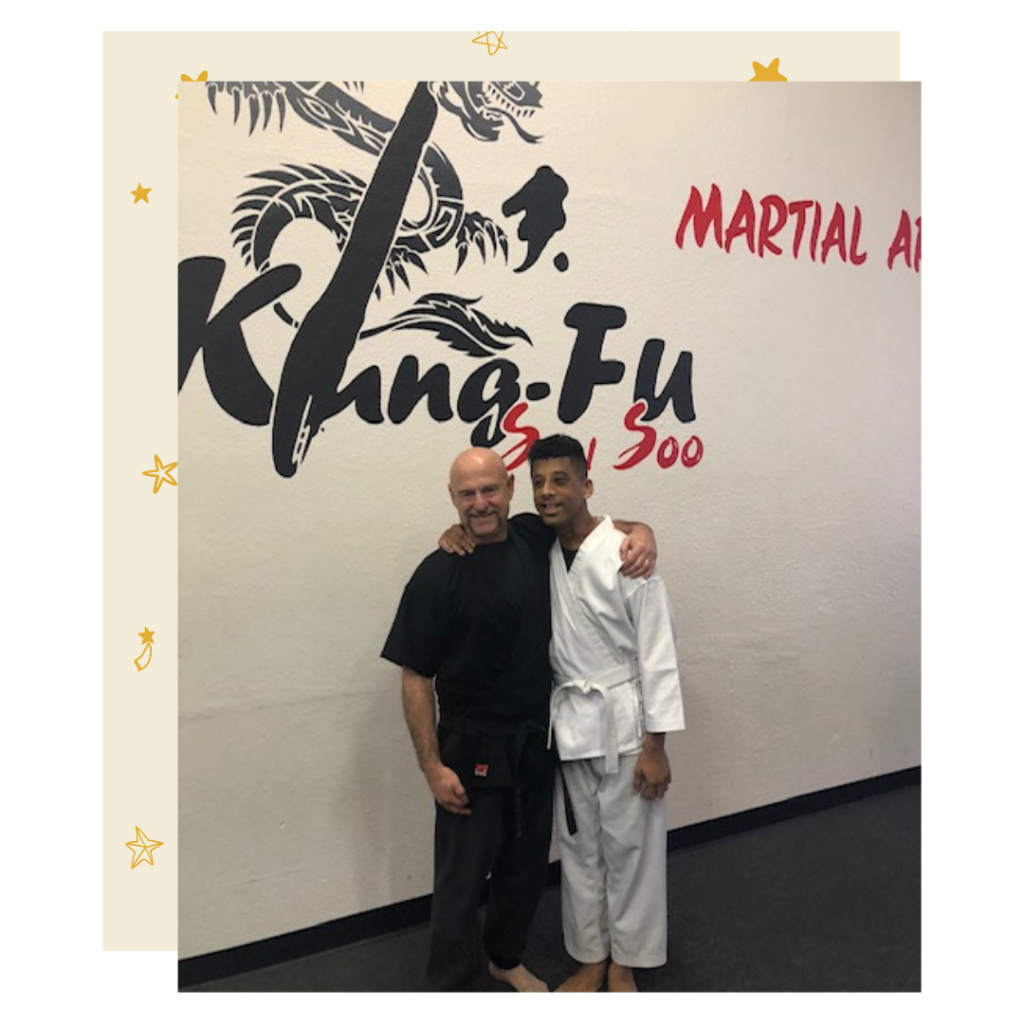 Looking into the Future

Monte is excited to graduate high school and has plans to attend West Los Angeles Community College for one of their career preparation programs. He looks forward to exploring employment opportunities through Mychal’s, too!  Monte dreams of becoming football coach one day and help others enjoy the sport as much as him.  Of course, there will always be a passion for music and only the future will tell if DJ Monte becomes a world famous party master.